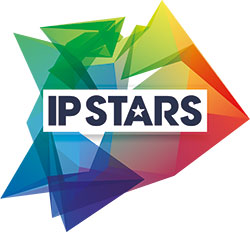 Available positions
Back to front page

We handle cases in many languages, including:

Fenix Legal offers assistance in the filing and prosecution of European, Swedish and Patent Cooperation Treaty patents, together with patent litigation and validation of European patents in Sweden.

Our European patent attorneys have a very long experience of European patent prosecution including oral proceedings with the EPO. Once your invention is protected by a patent, we will take care of the payment of annuities.

The patentable technology that we handle for clients worldwide covers the following areas:

We are registered European trademark and design representatives before the European Union Intellectual Property Office (EUIPO).

At Fenix Legal, business intelligence means more than just keeping an eye on what is going on. It means knowing your IP assets and how strong or weak they are, conducting annual IP due diligence and watching your IP rights and those of others in order to avoid conflicts and be better prepared for the future.

It means, in other words, business-focused IP rights management for the boardroom.

We have extensive experience of the establishment of new companies and can provide all necessary searches, documentation (eg, company law agreements, partnership agreements, articles of association, employment contracts, transfer of shares and related family law contracts) and contacts with the local authorities, making the registration process as smooth and quick as possible.

Fenix Legal is well prepared to defend and enforce your rights at all levels of the judicial system, in Sweden and the European Union.

We also have internationally trained and well-experienced mediators and arbitrators, and we serve as panellist for WIPO, the Forum, the Czech Arbitration Court and the Swedish IIS.

Alternative Dispute Resolution (ADR) should, in many cases, be considered not as an alternative but as your first option to solve the dispute.

Our Cyberlaw services include:

We assist in the valuation of literary and artistic works, certified depositions of works, formation of agreements and dispute resolution in case of copyright infringement.

It is possible to conduct business without a written agreement, as “pacta sunt servanda”. Possible, but definitely not advisable!

A written contract is a neutral confirmation on your agreement, and a necessity if there is a later change of opinions or representatives of the original parties.

A written agreement does not have to be extensive or expensive, although it is sometimes needed to create a full scale document in order to cover all aspects of a specific transaction.

We conduct legal market investigations, evaluate contracts and assist in any disputes arising from your actions or those of your competitors on the market.

Fenix Legal has extensive experience of national and international contracts and clauses, such as:

Fenix Legal and our associates are experts in intellectual property and establishment of companies and joint ventures in CIS. Among our services in this area are:

"Fenix Legal provide invaluable services across all areas of the 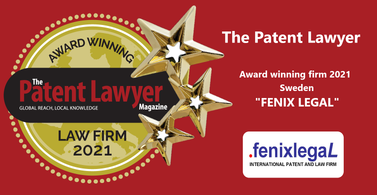 Maria has education in management, law,

marketing and business economy from the

University of Stockholm. She has a

Maria works with patents, designs and trademarks. She is a European Trademark & Design Attorney. She is also an expert in IP and business strategies in Russia and is a frequent lecturer in these topics.

Maria has got the Client Choice Awards by the International Law Office and Lexology (ILO) as the best expert of Intellectual Property - Patent - in Sweden.

She is a Member of the Board of the Association of Swedish Patent Attorneys (SPOF), as well as member of  INTA, AIPPI and SIPF (Association of IP Professionals in Swedish Industry).

Master of Science in Electrical Engineering

from the Royal Institute of Technology in

Stockholm, and Master of Laws from the

She has worked as Examiner at the Swedish PTO (PRV) and has studied the work as EPO Examiner with the European Patent Office in Munich, and has also experience from English and Swedish patent- and law firms, as well as from the software industry as in-house attorney.

Vanessa has broad experience of strategy, filing and prosecution within the fields of telecommunication, Artificial Intelligence (AI), digital signal processing, Internet of things, electronics and mechanism. She is a member of CIPA (The Chartered Institute of Patent Attorneys) and EPI.

Stefan has experiences from the Swedish

Patent Office as well as from one of the major

he has been a patent attorney in most

in hydraulics and pneumatics and to some

Stefan has been working with the entire patenting process both within Sweden and internationally, including US and EPO.

His experience also includes infringement assessments, due diligence, freedom to operate and litigation. In addition, Stefan has a profound experience in the management of design rights.

Stefan holds a Master of Science from the Royal Institute of Technology (KTH) in Stockholm, and is a Swedish Authorized IP Attorney.

Master of Science in Electrical Engineering

from the Royal Institute of Technology in

Stockholm, and Doctor of Engineering.

Nils has a long experience as Patent Attorney from both private practice as well as the industry (Siemens). He has broad experience in patent matters in the electrical and physical fields, especially in electromedicine and protection of software inventions.

He is a professional representative before the European Patent Office as well as member of the Association of Swedish Patent Attorneys.

Peter is a European Patent Attorney and holds a Bachelor of Science degree in Mechanical Engineering. He has extensive experience of oral proceedings with the EPO.

Peter has worked as a Patent Examiner at the Swedish Patent Office and has also served as a patent case presenter at the Swedish Board of Patent Appeals. Prior to joining Fenix Legal, Peter worked at one of the major Swedish patent & law firms.

Petter has a Master of law from the University

of Stockholm. He is a European Trademark &

Design Attorney and a trained Mediator

(member of the INTA International Panel of

Neutrals). Petter is an expert in cyberlaw and

Petter has also experience of patent and design disputes in administrative and civil courts. He is a registered EPO Legal Practitioner and is entitled to undertake professional representation before the European Patent Office.

Petter is President of the Association of Swedish Patent Attorneys (SPOF), since 2019, a position he also served between 2009-2013.

He is a member of AIPPI, INTA, FICPI, IPS, SPOF, SIPF, SFIR and American Bar Association.

Anne Rosenberg has a Master of Law from

the University of Uppsala, with an extensive

experience of intellectual property law and

She is a member of INTA, SPOF and SIPF.

Mats has a Master of law from the University

of Stockholm and is specialising in Business

Law with focus on transactions and agreements.

He has worked extensively for SME's, assisting

in company foundations, related labour & family law, as well as liquidations. Mats is also consulting in trademark and other IP related cases.

Victor has many years of experience in

business and co-operations with Russia/ CIS

and vice versa. He also works as a translator.